What mysteries will Mai unfold in the ghost town of Le Choara? We are excited to announce the upcoming horror RPG, Death end re;Quest™ 2 will arrive on Steam® in 2020! It was previously announced that the game will launch physically and digitally for the PlayStation®4 in 2020. The Steam version will have English, Japanese, and Traditional Chinese subtitles.

In collaboration with the scenario writer of the Corpse Party series, Makoto Kedouin, and the character designer of the original Death end re;Quest™, Kei Nanameda, Death end re;Quest 2 is a sequel that asks the question: What happens when reality is consumed by darkness?

Players will see the story through the eyes of the game's protagonist, Mai Toyama, as she searches for her younger sister in the mysterious town of Le Choara. The town has many hidden secrets that players will begin to discover over time, and may even run into a few familiar characters.

Mai Toyama seeks an escape from her traumatic past. She enrolls at Wordsworth, an all-girl’s dormitory situated in the small, mountainous town known as Le Choara where it was rumored that her sister, Sanae, was last seen. Hopeful, Mai seeks to find her kin, but she soon finds terrifying inhabitants which lurk throughout the town after dark. At night, Le Choara’s streets are filled with Shadow Matter—a horrific group of menacing creatures. Around every cobblestone corner, Mai discovers that her hope of finding her sister lies beneath the long-buried secrets which haunt Le Choara.

Overkill Brings Huge Rewards – The Overkill system is an added feature where characters can stack damage beyond the health of an enemy for bonus experience! Try to inflict as much damage to all the monsters for bigger rewards.

Day n’ Night – Mai will need to explore the town of Le Choara during the day and speak with the townspeople to find out clues as to where her sister is. By night, Mai will fight her way through dark creatures stylized in a turn-based RPG. Experience the story through the lens of a visual novel during the day and battle it out against horrific creatures by night!

Don’t Call it a Knockback – The Knockback system is back in
Death end re;Quest 2, but this time, Mai and her squad can smack Shadow Matter even harder! Combo your attacks by flinging monsters to other party members! 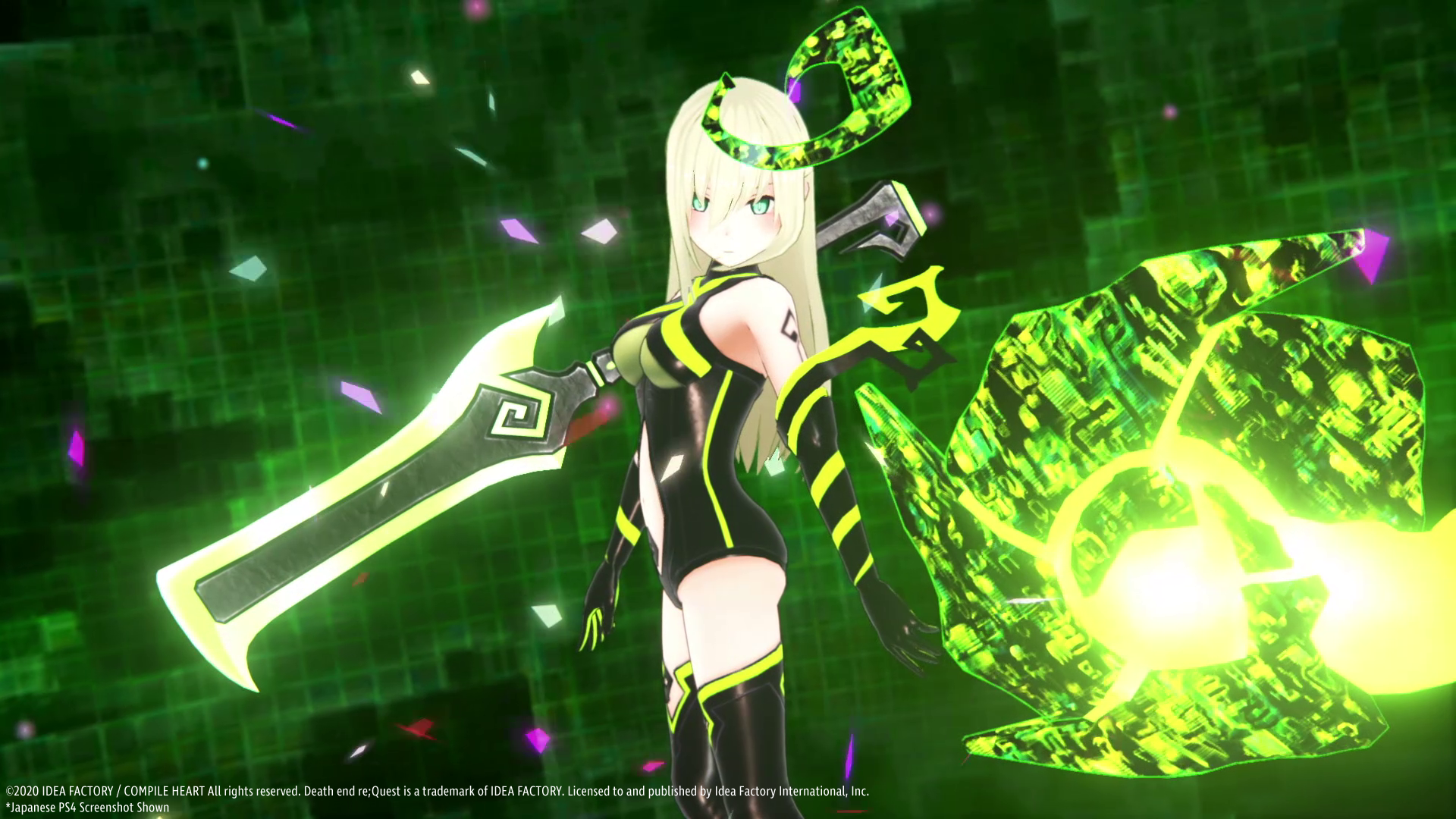 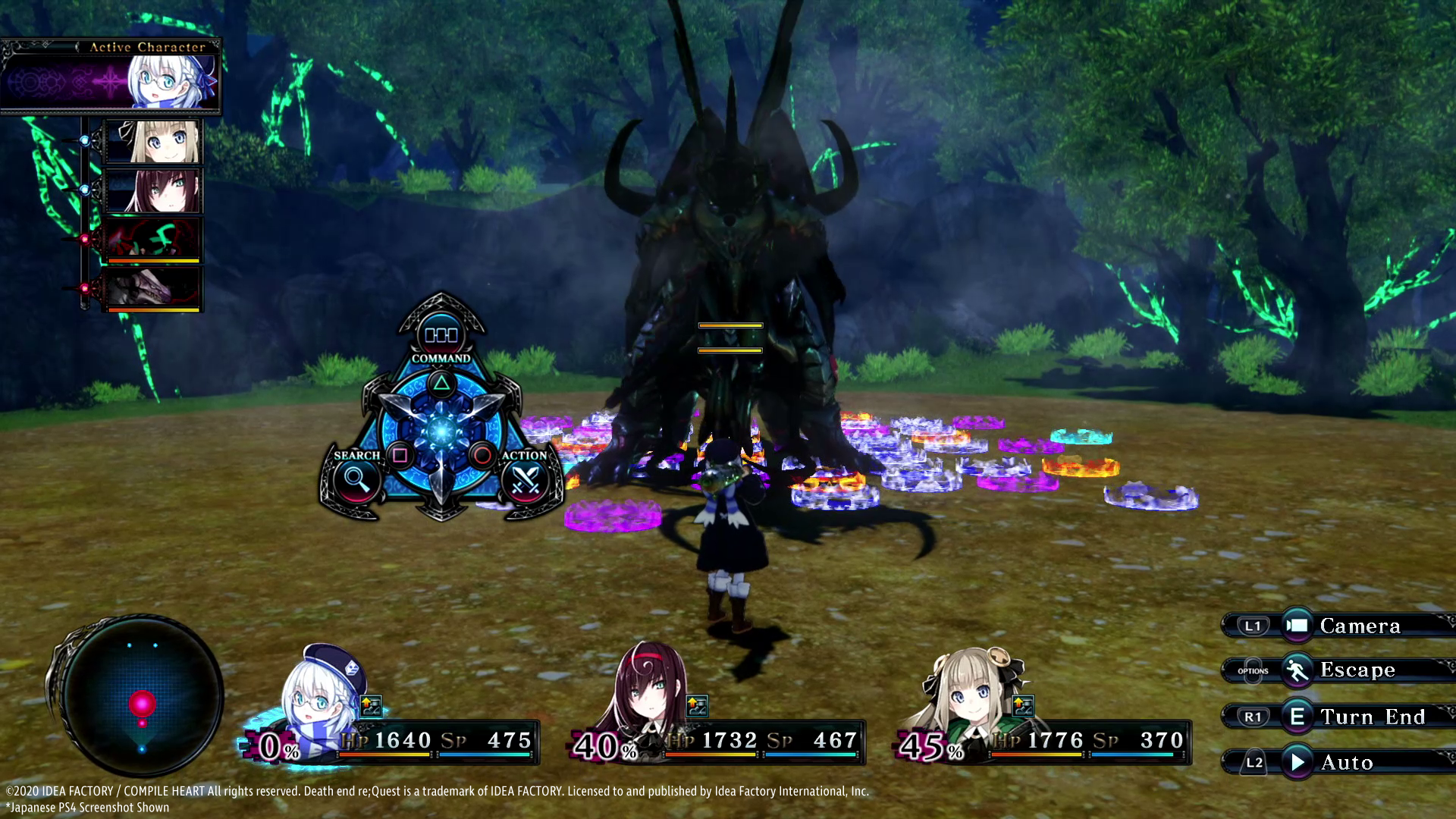 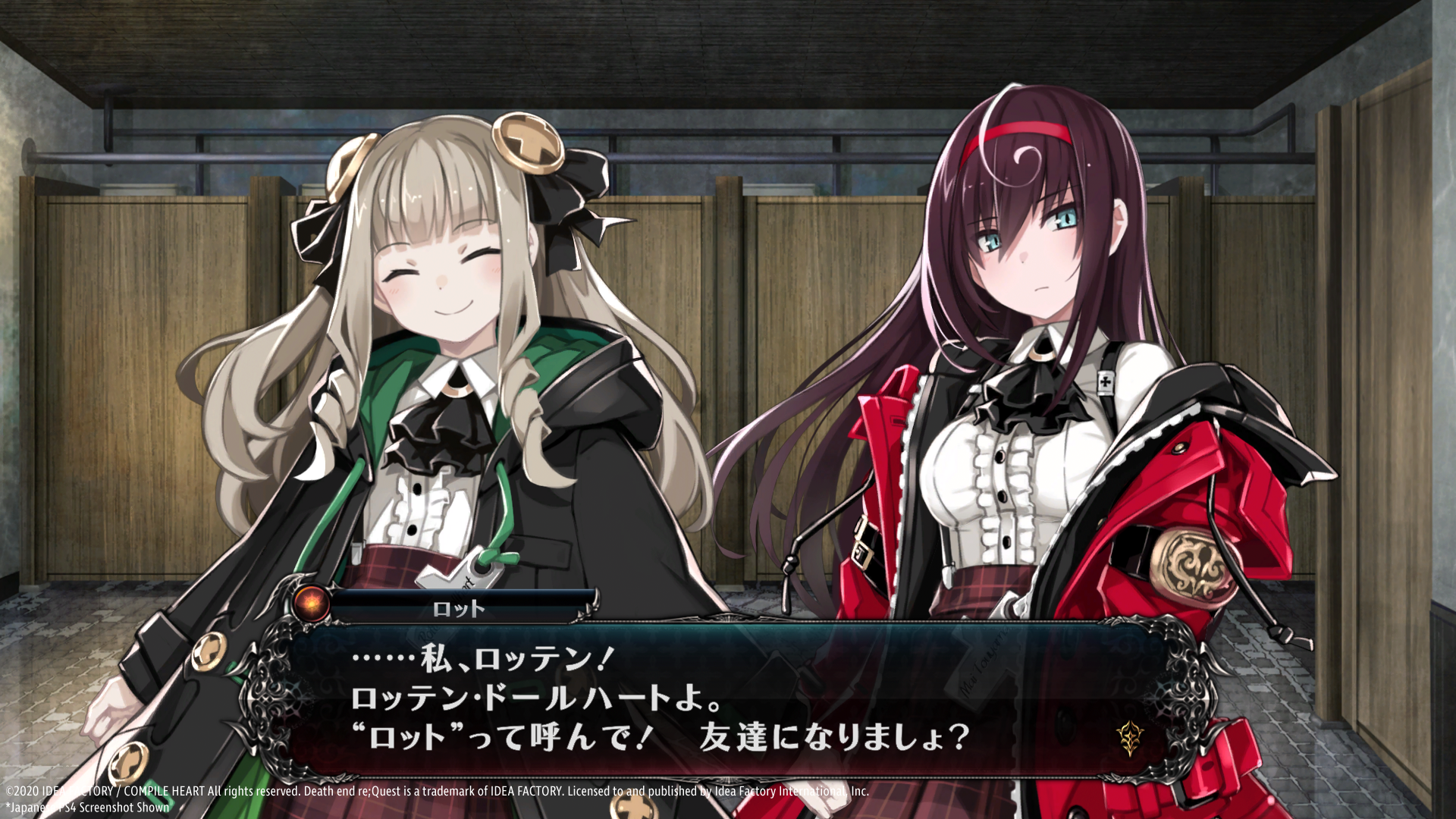 View more screenshots and information at the Iffy-cial Website!