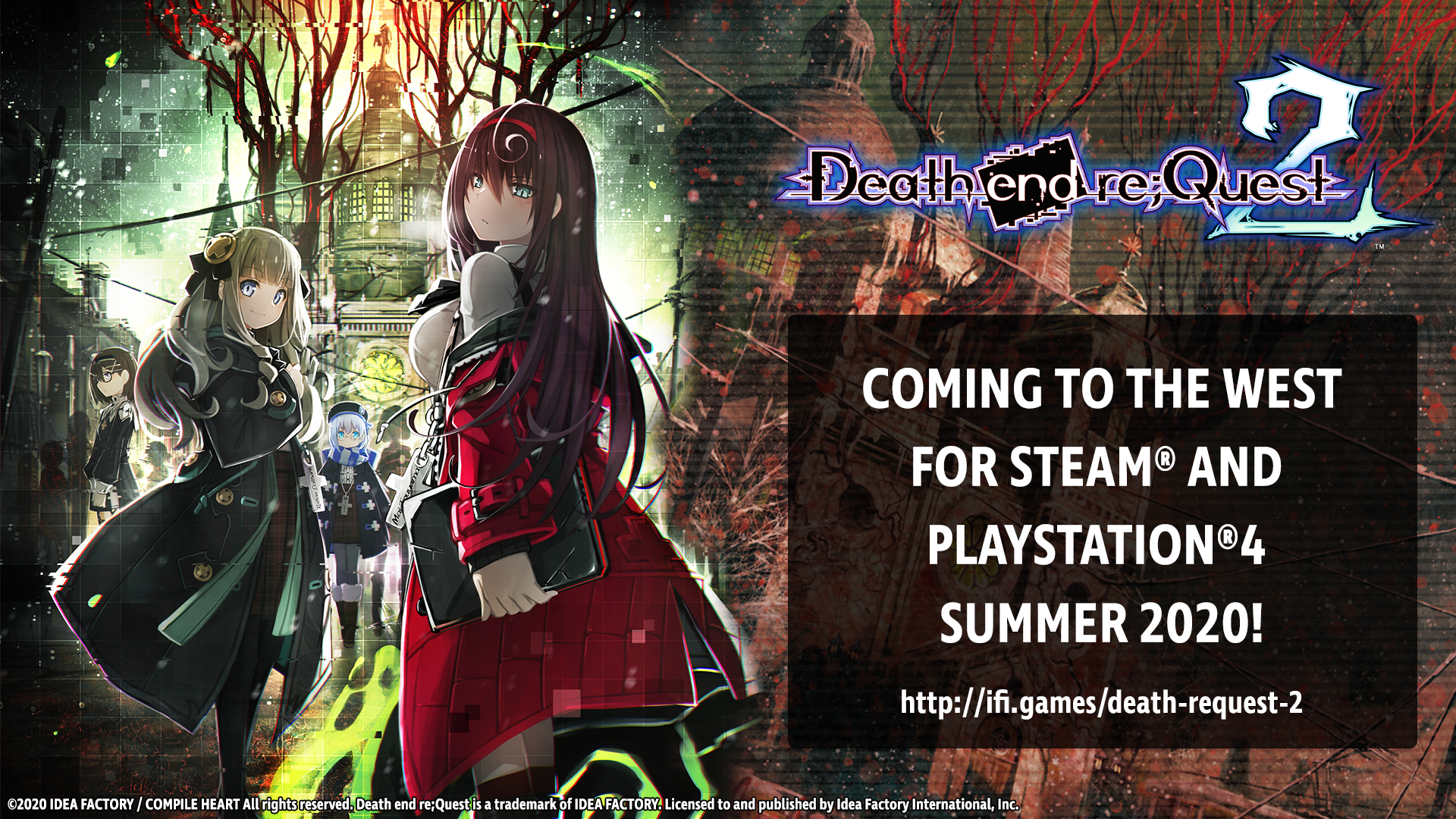 Head to Le Choara for a Summer Trip! We're excited to share that the upcoming horror-inspired RPG Death end re;Quest™ 2 will be launching for Steam® and the PlayStation®4 Summer 2020! The Steam version will have English, Japanese, Traditional Chinese, and Simplified Chinese subtitles.

The fans have voted! The Steam version of Death end re;Quest 2 will contain the original Glitch costumes for the first game's characters who appear as playable party members.

The first game's characters only appear in their Glitch Costumes during battle and not in event scenes or CGs.

Players will see the story through the eyes of Mai Toyama, as she searches for her younger sister in the mysterious town of Le Choara. The town has many hidden secrets that players will begin to discover over time, and may even run into a few familiar characters.

Apply to be a Closed Beta tester! 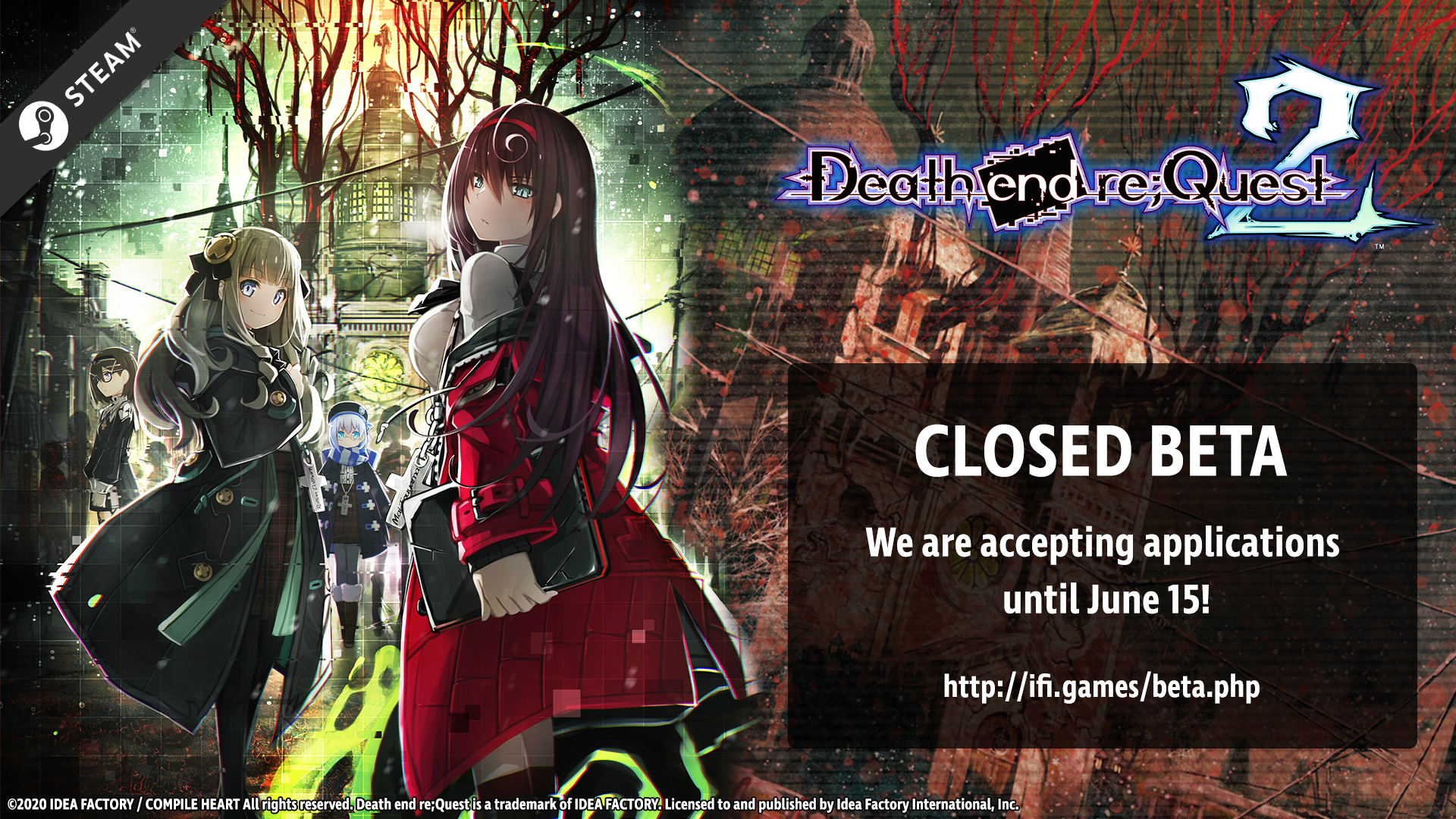 To prepare for the upcoming Steam release of Death end re;Quest 2, we’re looking for players 18+ with a variety of rigs to test the game from June 15th to July 17th.

You can apply here!

Mai Toyama seeks an escape from her traumatic past. She becomes enrolled at Wordsworth, an all-girl’s dormitory situated in the small, mountainous town known as Le Choara where it was rumored that her sister, Sanae, was last seen. Hopeful, Mai seeks to find her kin, but she soon finds terrifying inhabitants which lurk throughout the town after dark. At night, Le Choara’s streets are filled with Shadow Matter—a horrific group of menacing creatures. Around every cobblestone corner, Mai discovers that her hope of finding her sister lies beneath the long-buried secrets which haunt Le Choara.

Overkill Brings Huge Rewards – The Overkill system is an added feature where characters can stack damage beyond the health of an enemy for bonus experience! Try to inflict as much damage to all the monsters for bigger rewards.

Day n’ Night – Mai will need to explore the town of Le Choara during the day and speak with the townspeople to find out clues as to where her sister is. By night, Mai will fight her way through dark creatures stylized in a turn-based RPG. Experience the story through the lens of a visual novel during the day and battle it out against horrific creatures by night!

Don’t Call it a Knockback – The Knockback system is back in Death end re;Quest 2, but this time, Mai and her squad can smack Shadow Matter even harder! Combo your attacks by flinging monsters to other party members! 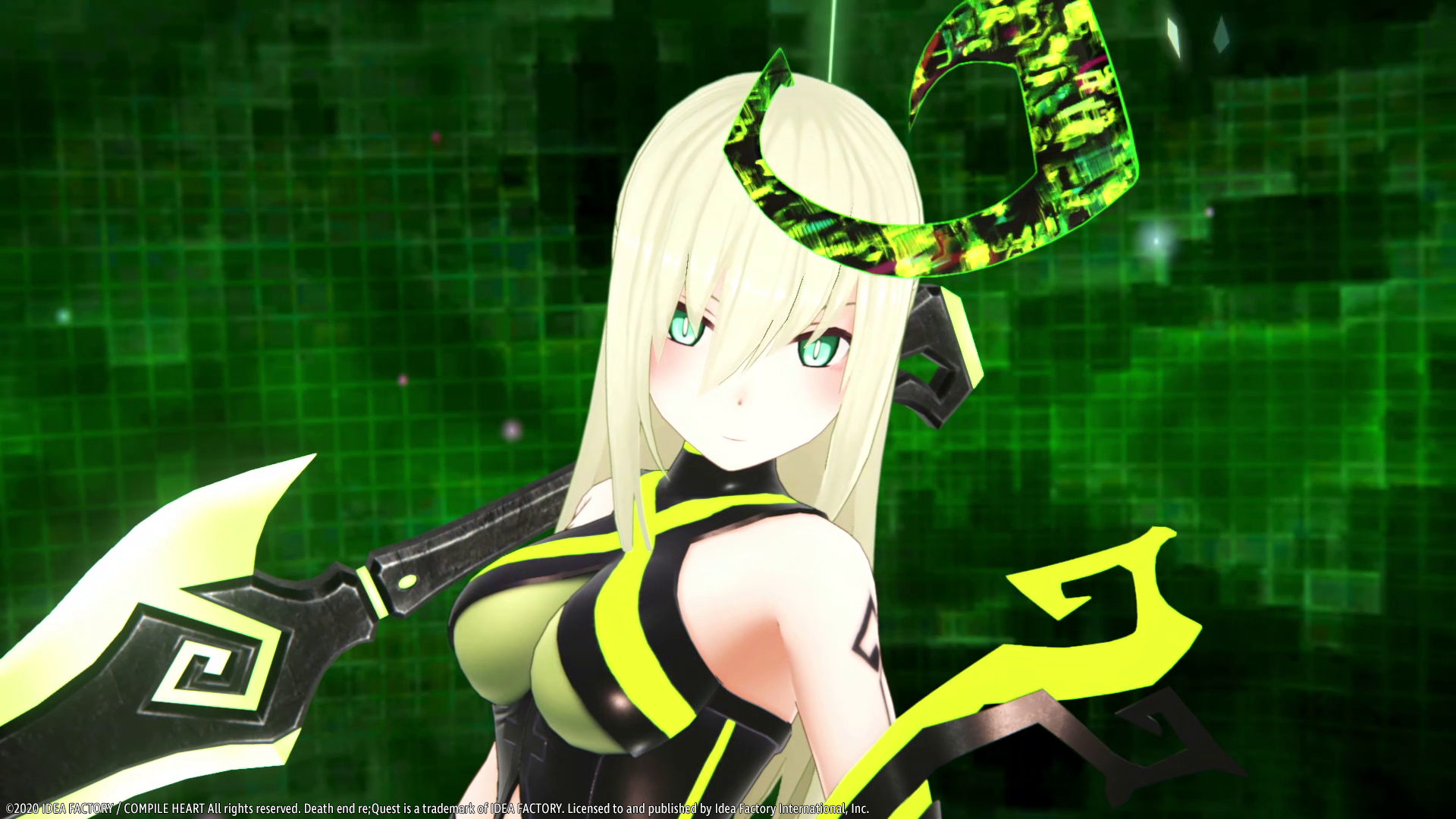 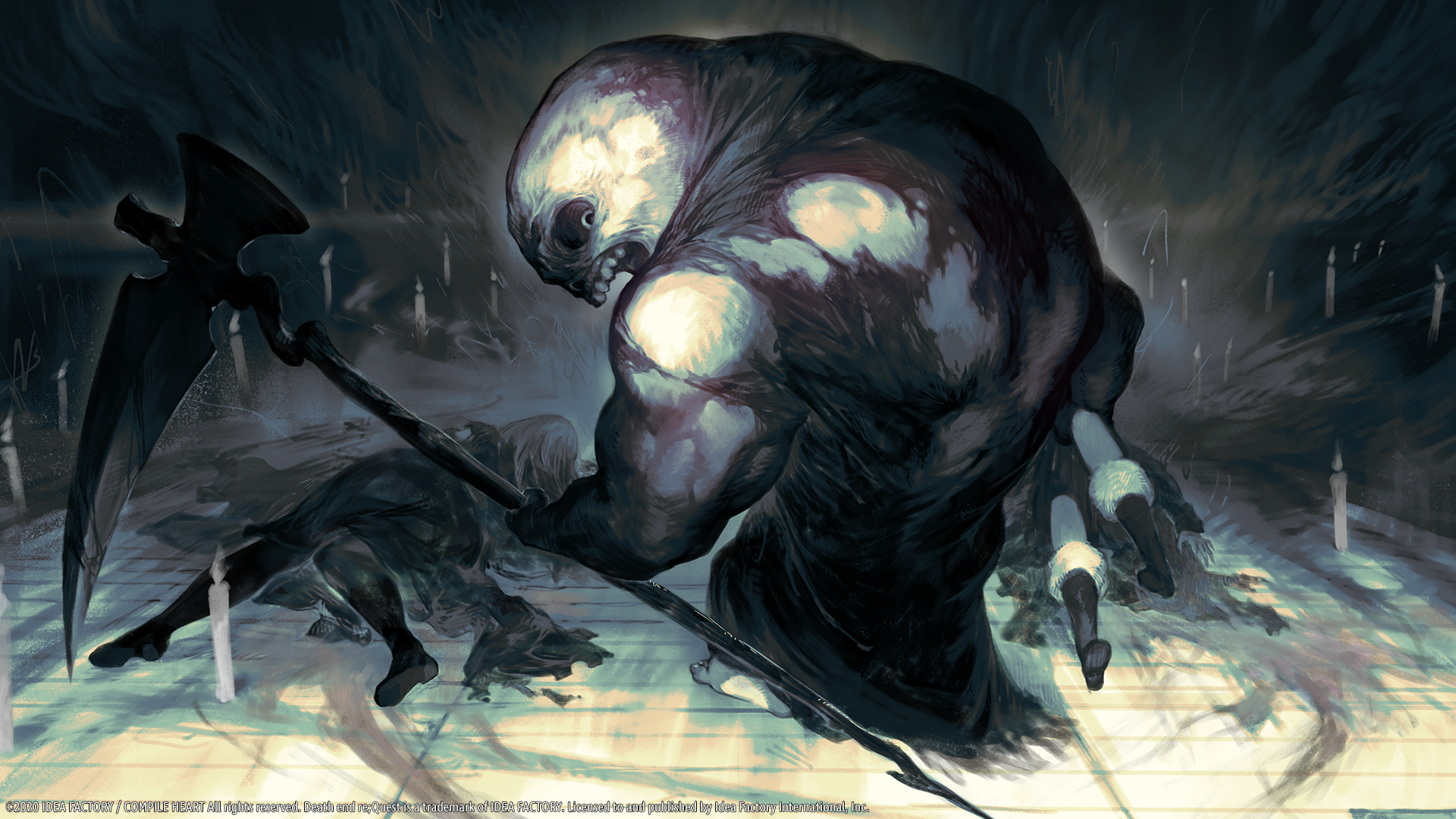 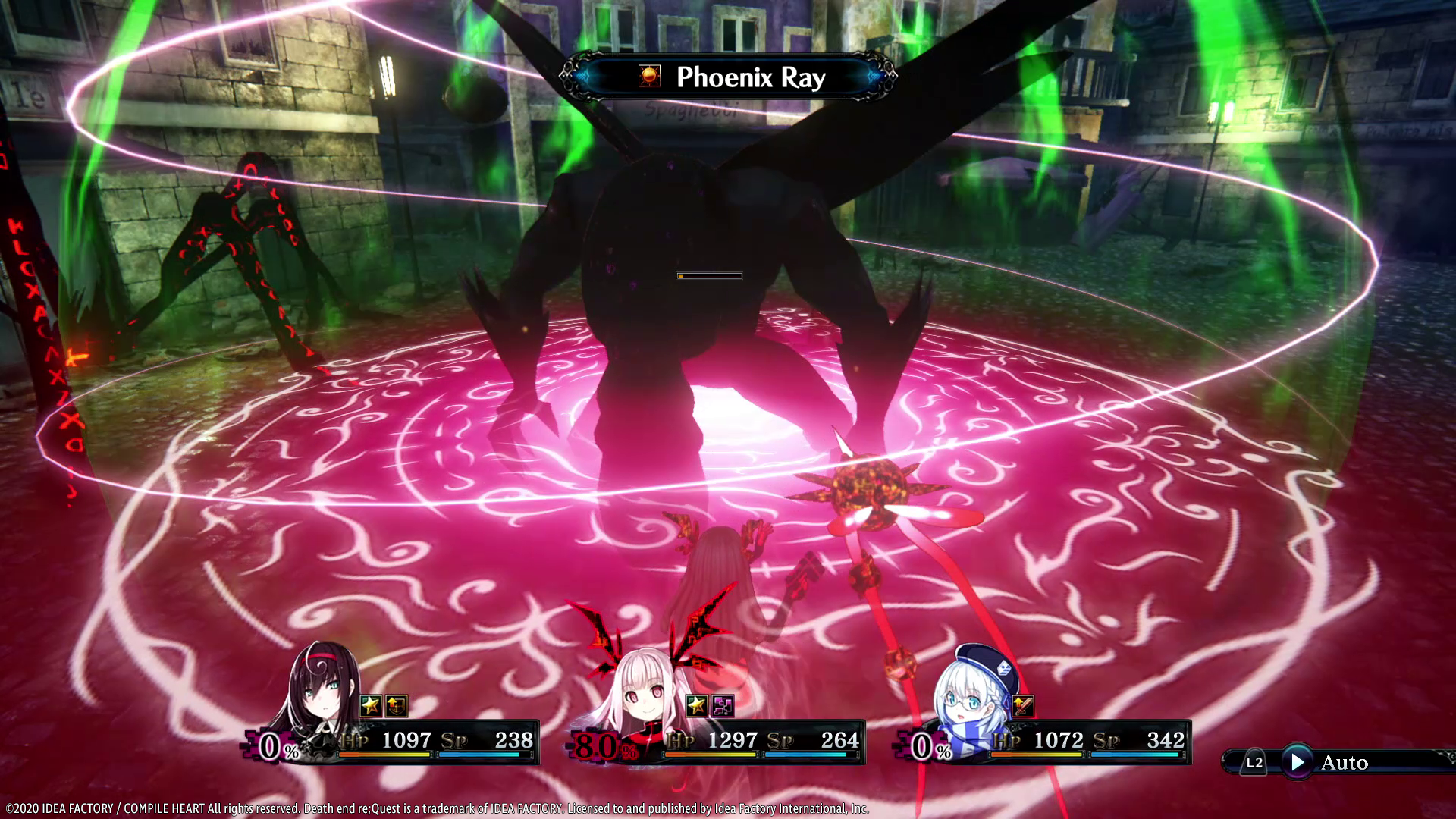 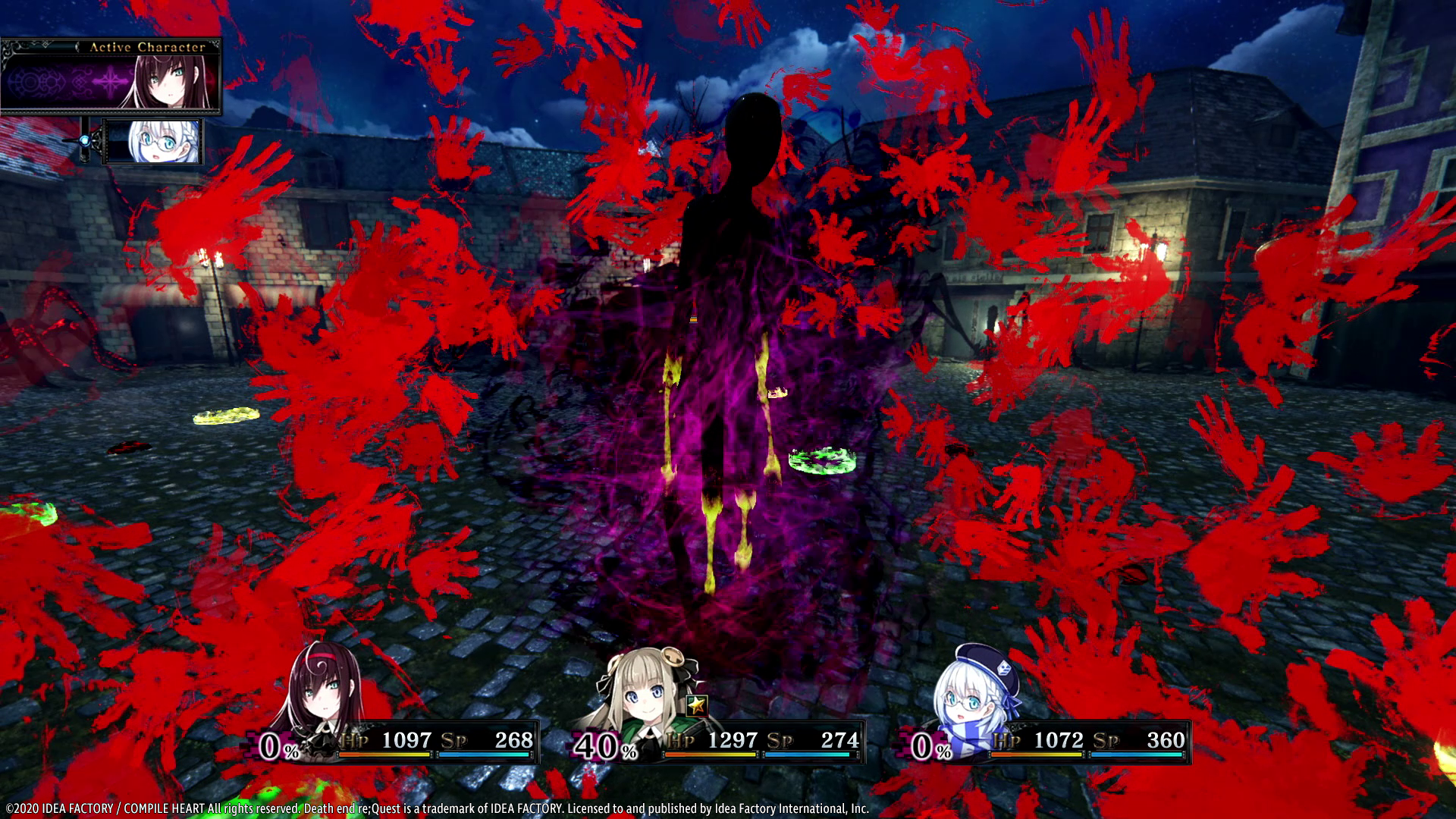