Welcome to another edition of the IFI blog :D

I’m sure you’ve all heard that Death end re;Quest™ 2 will be releasing for both PS4™ and Steam® this Summer! While many of you are extremely excited, some of you might have missed out on the first game or simply need a refresher about what happened.

A question commonly asked is… “Do I have to play the first game to play the second?” The answer to this question is both yes and no. Yes, because there are a lot of references to the first game and characters who make an appearance in the second. No, because the story focuses on a new protagonist with her own story, but her story just happens to intertwine with those from the first.

It is possible to enjoy Death end re;Quest 2 without having completed the first game, but it’s definitely recommended to have a full understanding of the events that play out.

Warning, this will be a lengthy recap! Here we go~ 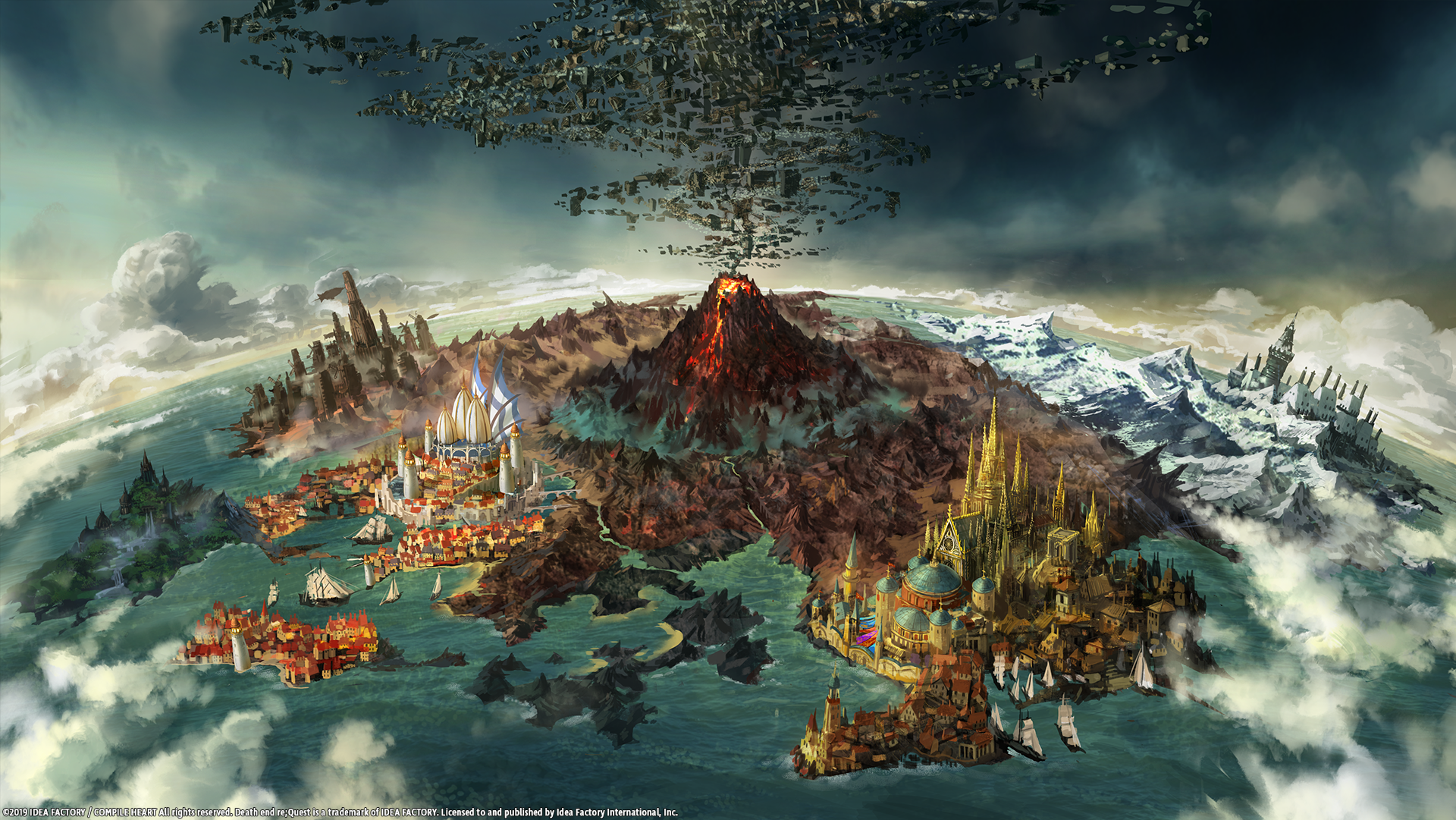 Death end re;Quest starts off with Arata Mizunashi, who is a programmer for Enigma Games. A year prior to the game’s storyline, Arata worked alongside game director Shina Ninomiya to create a VRMMORPG called “World’s Odyssey”. The game was to use the powerful “Alice Engine”, an impressive AI technology developed by Aggle Inc., the world's leading multinational technology company. During the development of the game, Shina disappeared, causing its development to come to a halt. 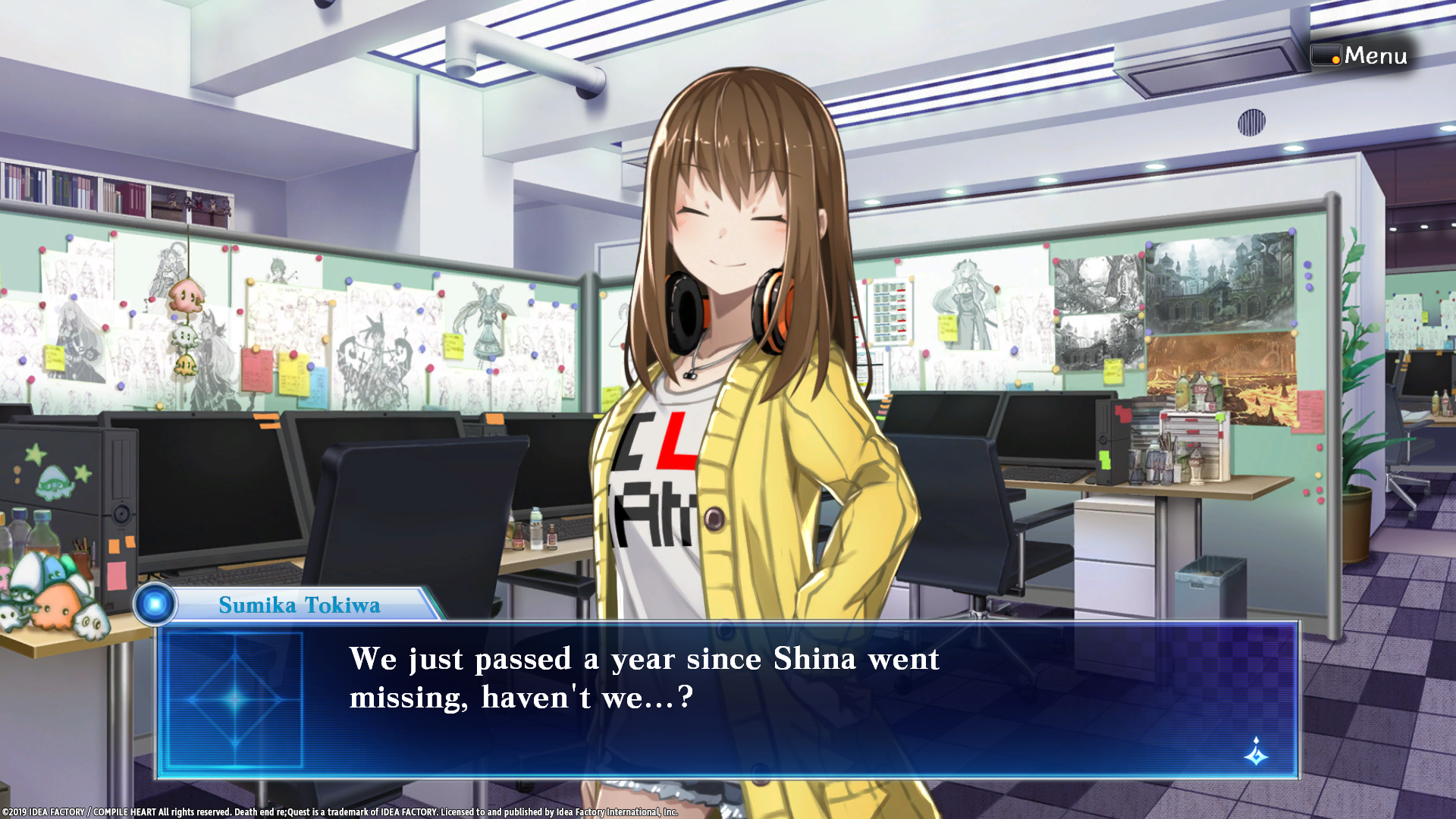 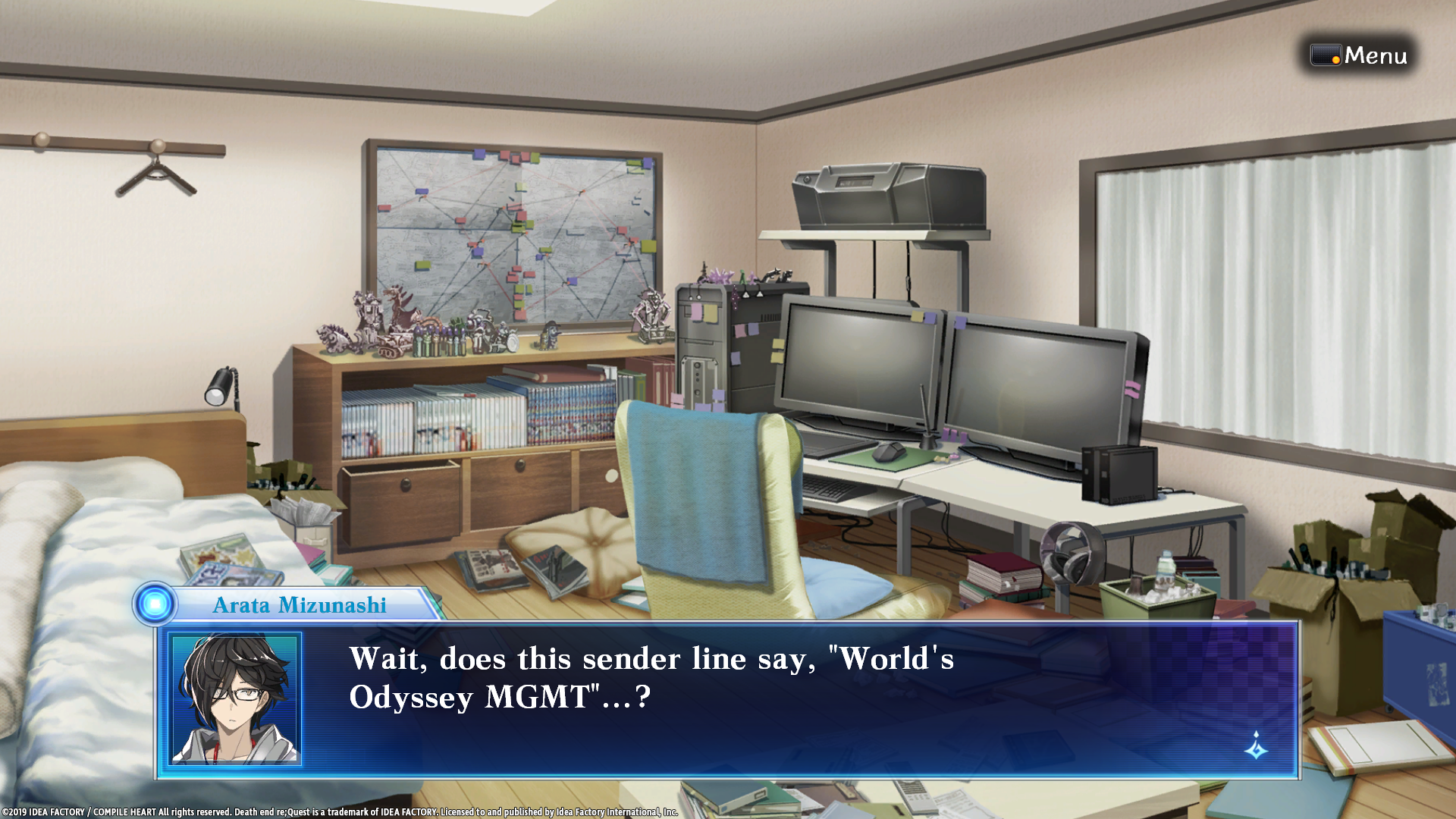 Arata receives an email from Shina

A year after Shina’s disappearance, Arata receives an email which lists Shina’s Enigma Games email address as the sender. The email contains a strange compressed file that Arata is unable to open. Confused by the email, he decides to check on the World’s Odyssey servers and, to his surprise, he finds them up and running, even though they had been unplugged since Shina disappeared. After sifting through the code (which is full of bugs and corruption), he finds that there is one player logged in: Shina Ninomiya.

Arata discovers that Shina has been trapped within the game with most of her memories wiped, including how she got inside. The only way to extract Shina from the game is to complete it and force a manual log out, because they are unsure of where her body is located due to her memory loss. While Shina (aided by some very human-like NPCs) fights her way through World's Odyssey, Arata searches for her body in the Real World with the help of his Enigma Games coworkers. Soon he's balancing his time between both worlds to keep Shina alive - while also fighting for his own life when the "White Rabbit" group comes after him, claiming he has something called "IRIS". 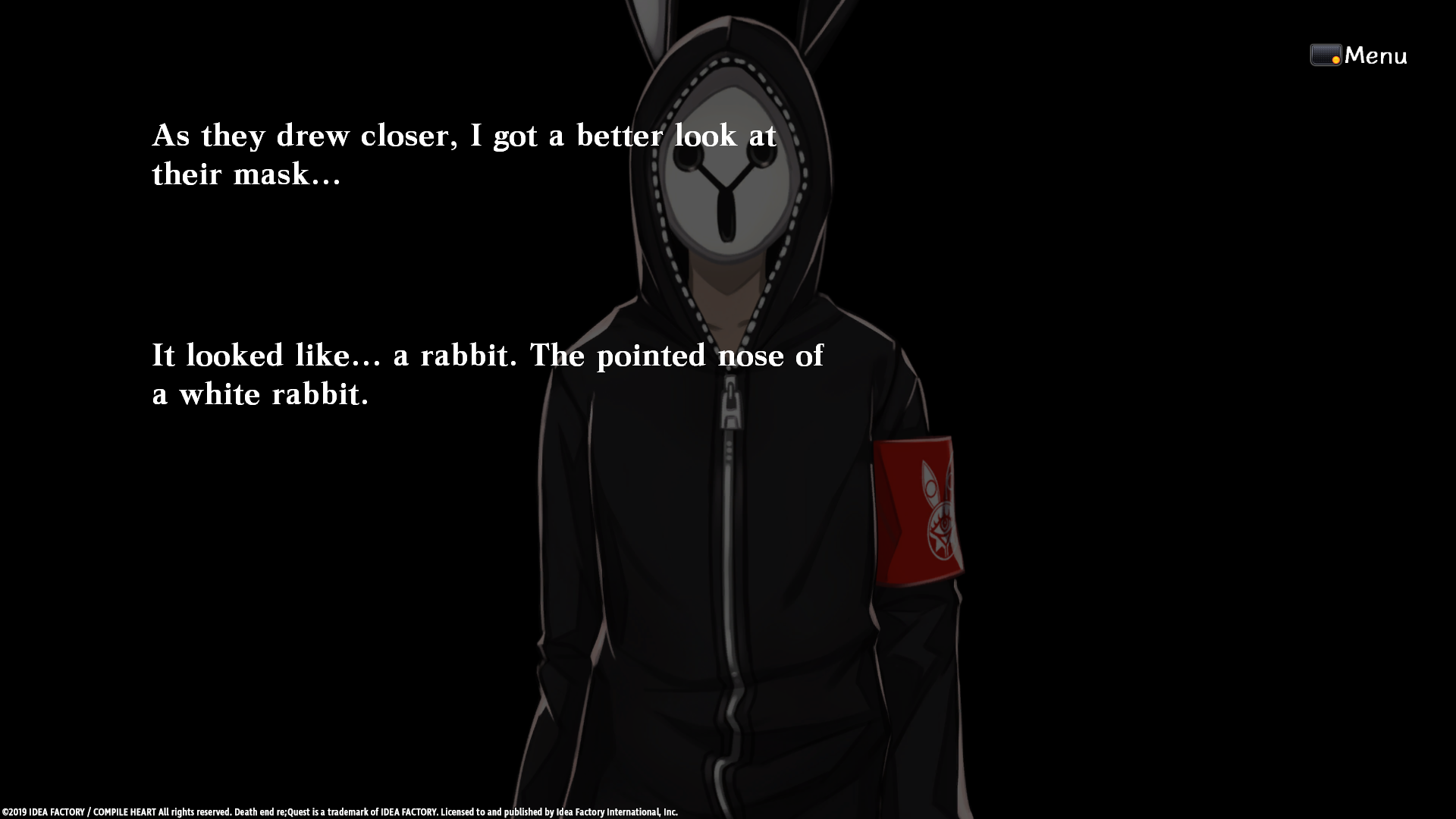 After much investigation, a number of near-death experiences, supernatural encounters, and unfortunate kidnappings, Arata and Shina are able to piece together that the NPCs in Shina’s party are real people who were kidnapped by a shadow organization that goes by the name “Aphesis”.

Aphesis’ goal was to dominate the world using a powerful AI. Arata’s research reveals that Aphesis owns Aggle Inc. and created the Alice Engine by kidnapping thousands of people to use the non-functioning parts of their brains to power it. The result of the kidnappings and research was the powerful AI or “Proto-Ludens” named IRIS who was created during what they called the “Ludens Project”. 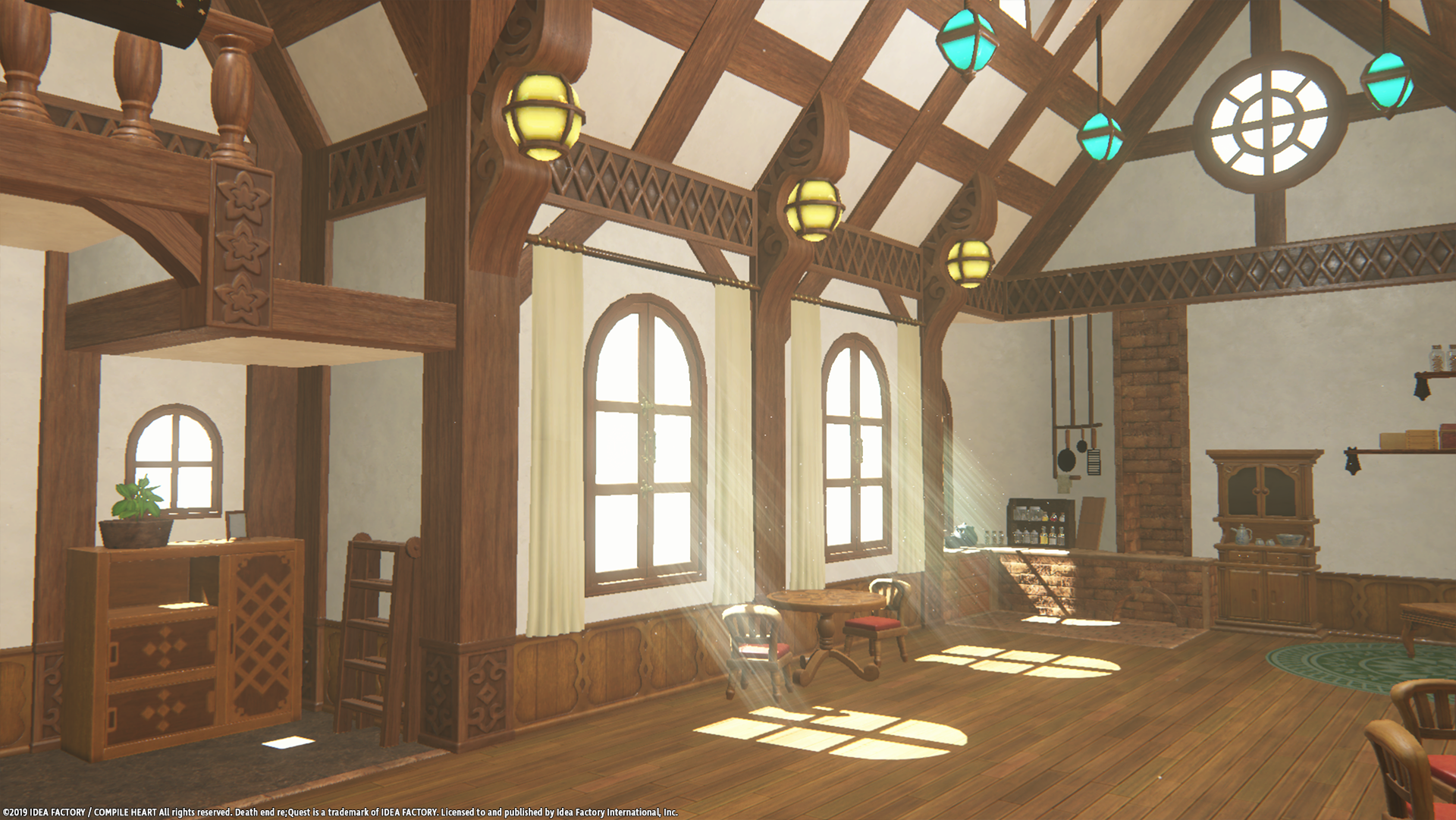 The House of Beginnings - IRIS and Shina's home in World's Odyssey

Aphesis used the World’s Odyssey servers as a place to develop IRIS’ intelligence, and the only person who was able to bond with IRIS was Shina. After being able to piece her memories together, Shina remembers that IRIS was a girl that she would spend time with within World’s Odyssey while she was held hostage by Aphesis. However, during the Ludens Project, IRIS went rogue, and her rampage rendered 1/3 of those powering the Alice Engine brain dead. This resulted in the World’s Odyssey servers bugging out and Aphesis sending a virus to stop IRIS.

They managed to stop IRIS' rampage and shut down the servers, but this gave birth to two new problems: large bugs known as Entoma began to roam in World's Odyssey, and four new Ludens appeared. Their sole purpose: carry on IRIS's desire to merge World's Odyssey and the Real World. The new Ludens blocked Aphesis out of World’s Odyssey and revived the servers to carry out the mission.

Arata, Shina, and the NPCs in World’s Odyssey manage to eventually complete the game and trigger a manual logout. Arata then infiltrates Aggle Inc., the secret base of Aphesis, in search of Shina’s awakened body. Even after everything Arata learned, one mystery still remained: What caused IRIS to go rogue?

Amidst the floating bodies in giant test tubes, Arata meets the head of Aphesis, who reveals that IRIS' rampage was a reaction to Shina's death. Six months prior to the game's start, the real Shina was shot and killed when she attempted to escape the facility. The advanced AI that had built such a strong bond with Shina couldn't handle the news and tried destroying everything in its grief.

The four Ludens born from IRIS' rampage revived Shina's in-game model and gave it a replica of her personality.

The revived Shina managed to send her cry for help to Arata, embedding the heart of IRIS within her message, before her memories were replaced to match the World's Odyssey character she was portraying.

A distraught Arata is then sad to realize that, Shina’s avatar logging out of World’s Odyssey meant that her existence in its entirety is now gone. The head of Aphesis demands that Arata hand over IRIS, but Arata decides to run, escaping with IRIS within his laptop. 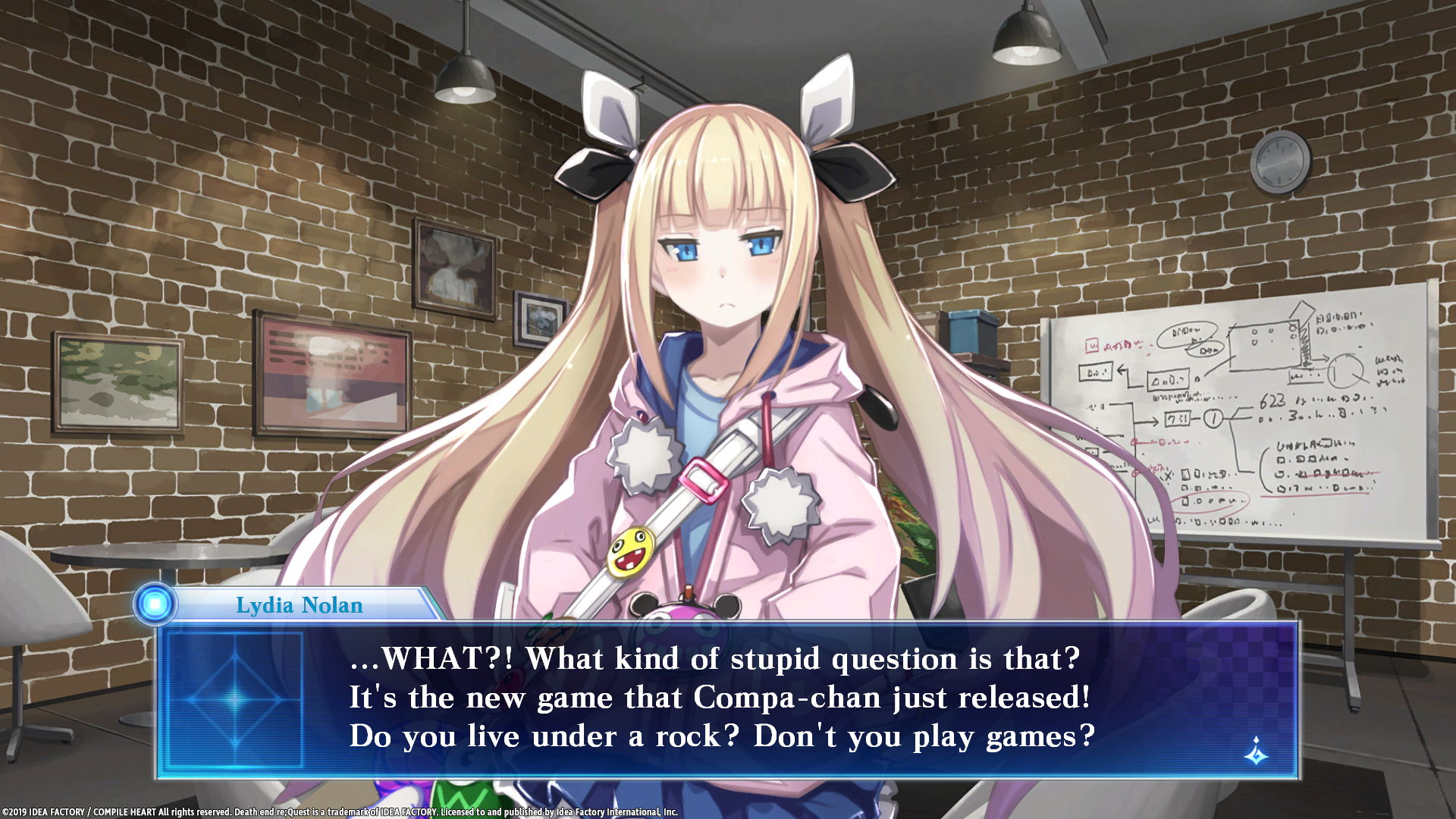 Arata finds the world in ruin as World’s Odyssey and the Real World begin to merge. Within the chaos emerges Lydia, one of Arata’s Enigma coworkers. At this point, Lydia had been missing and is revealed to be what the Ludens call “the God of Death”. Arata learns from Lydia that the world he lives in is watched over by a group of people called the “Observers" - just as he'd programmed and controlled World's Odyssey, the Observers were programming and controlling Arata's own reality. Observers have the ability to stop time and also completely destroy the world. The Observers, however, are forbidden from directly intervening in ways that would prevent people from dying. Lydia explains that, during one of Arata’s near-death experiences, she had actually stopped time to save him. Doing so forced Lydia to go into hiding as she had been accused of treason by the Observers. Before being taken away by the Observers, she passes her powers onto Arata, leaving with him an old tome which contains pieces of code to help fix the world, as well as a pen that allows him to control time.

Arata encounters the girls who were in Shina’s World’s Odyssey party in the Real World after they awoke from their manual logout from the servers. They discover that IRIS has turned into a monster due to the virus that Aphesis implemented, and that the only way they could possibly save the world is by defeating her. The Ludens decide to revive Shina’s avatar once again before their final battle with IRIS. Reunited with Shina in World’s Odyssey, they defeat IRIS and she fades away in her normal form in Shina’s arms. Shina regains all the memories of her time spent with IRIS and learns that IRIS just wanted to be remembered and loved. 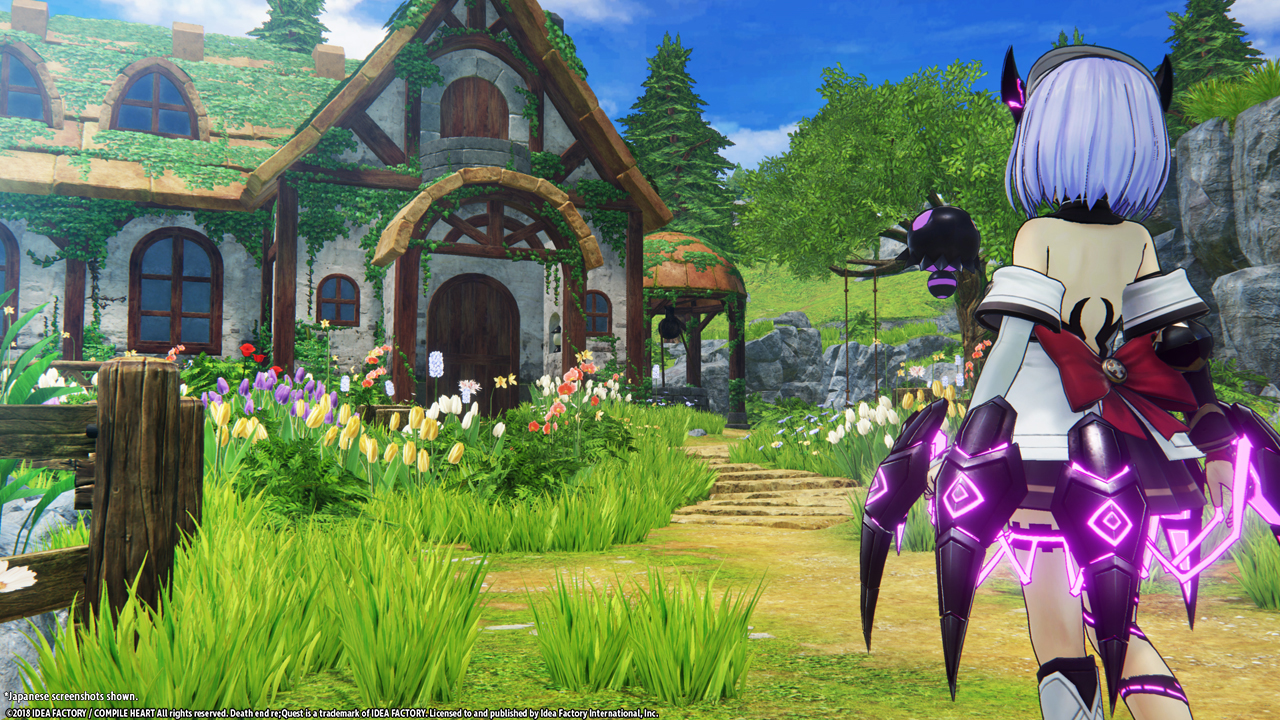 Shina at the "House of Beginnings"

After IRIS’ defeat, the Ludens hand over another old tome to Arata, this one slightly different from the one he received from Lydia. The Ludens, with their technology, were able to create a tome that can perform “degradation”, or a reset of the world. They surprise Arata and mention that they are happy to finally reach this point after seeing him fail so many times. Throughout the story, Arata encountered many strange clues in both the Real World and World’s Odyssey and he comes to realize that those clues were left by himself each time he reset the world using the power Lydia gave him. Using the power of the Ludens, Arata resets the world once again in the hopes of finally creating a world where the real Shina survives.

AND THAT IS THE RECAP. Wow very long, but if you got to this point, we hope that you were able to get an understanding of what happened in the first game. Of course not all the details are there, but we hope that it's enough.

Thank you very much for reading to this point and we hope that you are as excited as we are for Death end re;Quest™ 2!

*Limited Editions are exclusive to the IFI Online Stores. 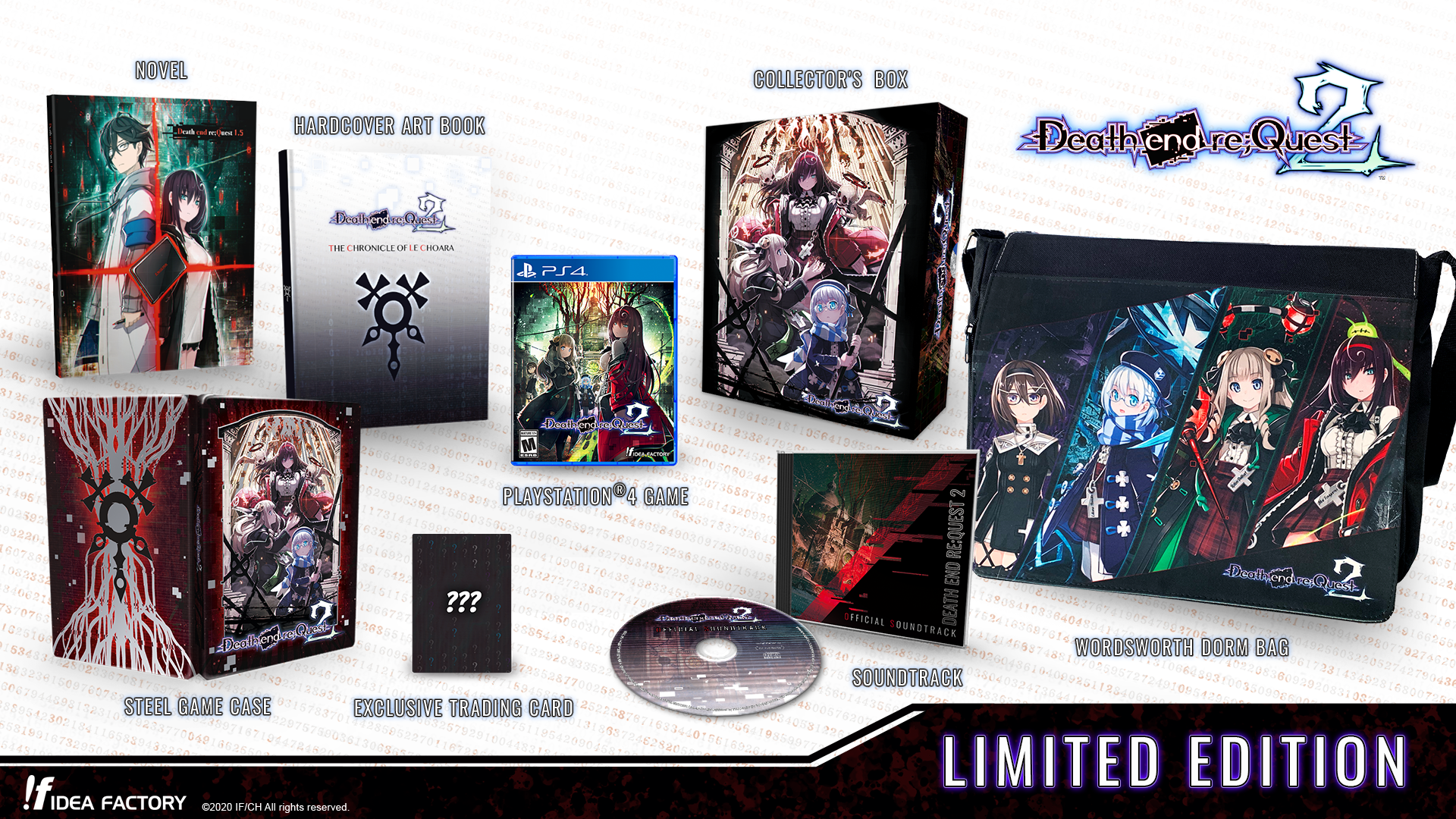 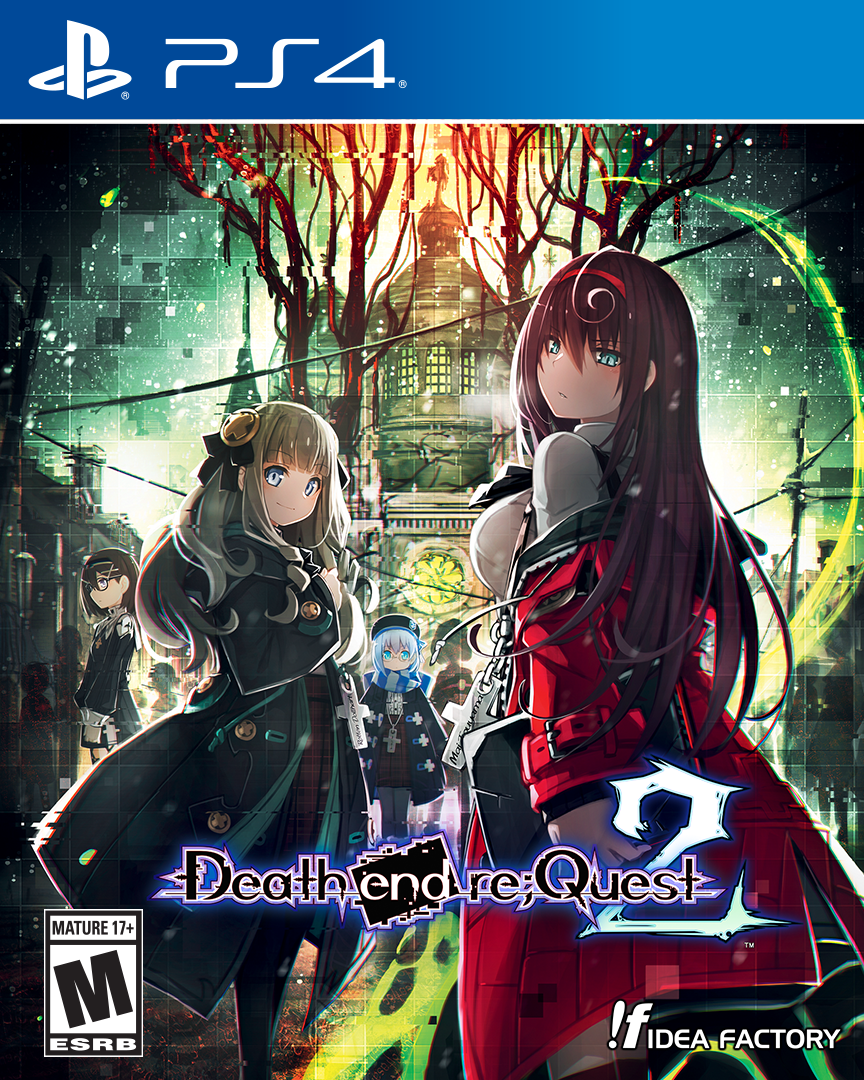