We have another special IFI Blog post, featuring yours truly, Robbie! With the upcoming 2020 release of the horror inspired RPG, Death end re;Quest 2, I wanted to take the time to familiarize newcomers and returning fans with the universe, particularly the role of the Observers.

The first installment twists and turns its way through both the real world and the virtual world. And by the end of the story, we find out that... well, before I go into it, I should say that the following will contain major spoilers for those who haven’t played or finished the game.

By the end of the game, we learn about beings known as Observers who exist outside of our own reality. The Observers are responsible for maintaining order on the world they’re designated to. They are free to make adjustments to the world however they see fit in an attempt to create a utopian society. However, when things go awry, Observers will not hesitate to destroy the world they created. Similar to the simulation hypothesis, Earth and the universe of
Death end re;Quest live within a computer simulation. While Arata and his friends believe their world is real, they’re really being puppeteered under a simulated reality. Don’t worry, it's just a hypothesis and nothing has been proven (yet... yikes!), but bleak nevertheless.

In the perspective of the Observer, they believe that the people in their world are simply emotionless artificial intelligence. But to the people living in their simulated world, they’re actual breathing human beings. In Death end re;Quest, we find that Lydia Nolan, the character designer for Enigma games and proud otaku, is an Observer. Lydia's role as an Observer differs from other Observers because she is empathetic and closely bonded with the Enigma Games staff. At one point, Lydia breaks the tenets of an Observer's role by using her time-warping abilities to save Arata's life. Talk about empathy! I won't even buy lunch for my best friends! 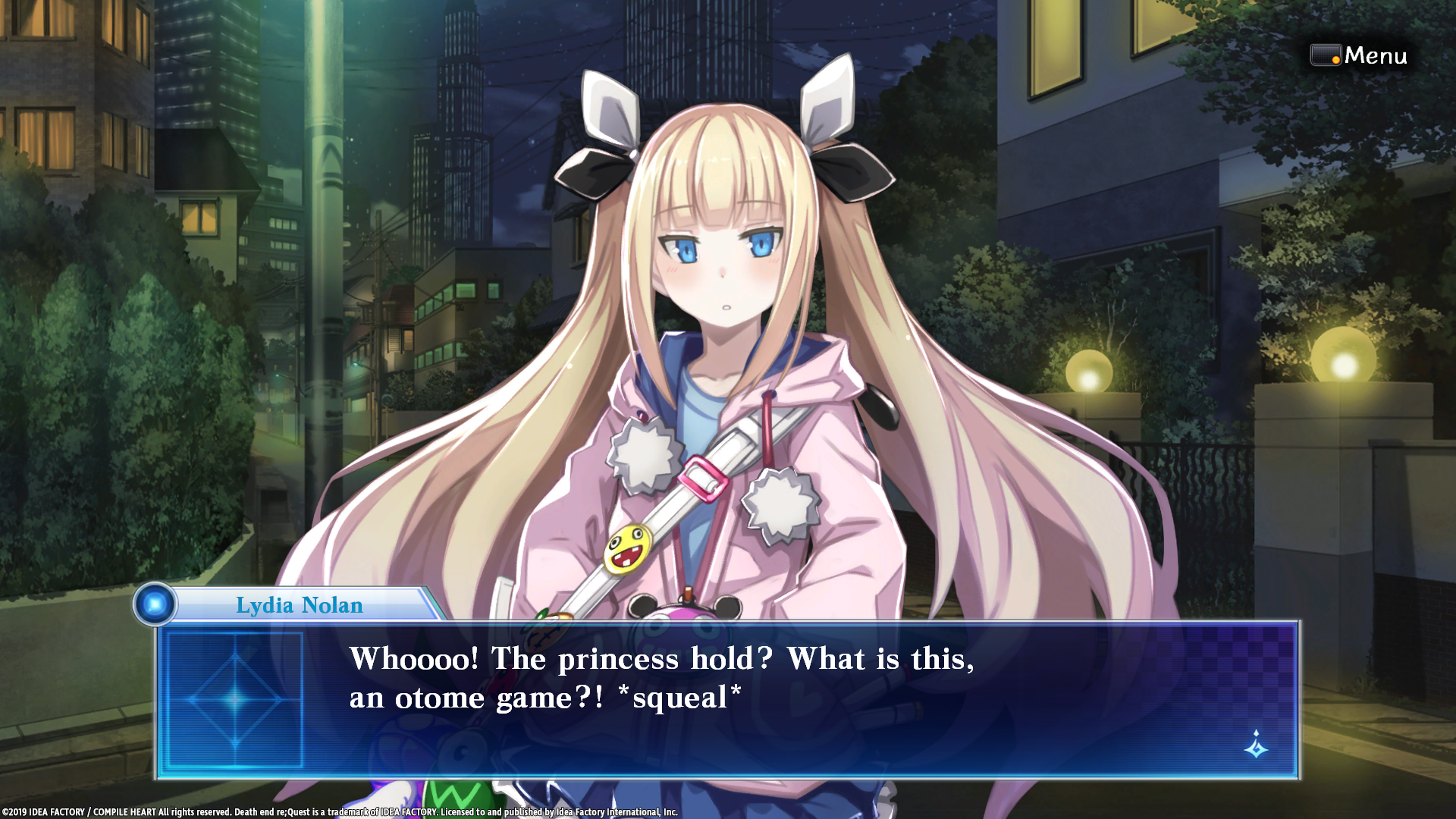 Now, what exactly does the role of the Observers have anything to do with Death end re;Quest 2? By the end of the first installment, players become aware that there are worlds beyond Arata and Shina. Arata and his friends realize that their bugged-out world is not only caused by a failed world created by an Observer, but also hints at another possible utopian society that is being created by other Observers. Doesn't that make you feel small? It's okay, I'm here for ya.

Fast forward (OR BACKWARDS?! OR SIDEWAYS?!) to the story of Death end re;Quest 2, where we are transported into a mountainous town known as Le Choara. Mai Toyama, the main protagonist, finds Le Choara to be a quiet and peaceful place during the day. But by night, she soon realizes that there are mysterious creatures lurking around. The setting of Le Choara shares a striking resemblance to World's Odyssey: inexplicable paranormal forces, creepy monsters, and the haunting lurk of inner demons. But the most important link of all is Mai. She's quick-witted, calculated, and most of all, she's a programmer. Her rebellion against authority reminds me of another familiar programmer, which would make her a new challenge for an all-seeing Observer's utopia.

So what if Le Choara was also controlled by a higher being similar to the Observers? Would Mai's ability to challenge this omnipotent being be enough to unveil the hidden truths about her world? And would her actions be enough to save her beloved sister?

Could Mai also exist in a simulation controlled by Observer-like beings? Is it also possible that there are forces beyond an Observer? Will Arata and Shina make an appearance in Le Choara? Will Goku be able to recover from the heart virus and defeat the villainous androids once and for all? Just checking if you’re still reading, but to find out more, you’re gonna have to wait until 2020 (that's this year!), so, stay tuned! Zandragon will be providing a recap of Death end re;Quest soon!