What is a Vtuber? A Vtuber is an online entertainer who uses a digital/computer generated avatar! Vtubers can range from video game streamers to music artists! A few well-known Vtubers are Kizuna Ai, Towa Kiseki, and Hololive's Inugami Korone!

Many Vtubers do not reveal who is behind the digital avatar, but there are a few who will stream or create video content in their IRL persona and Vtuber persona. 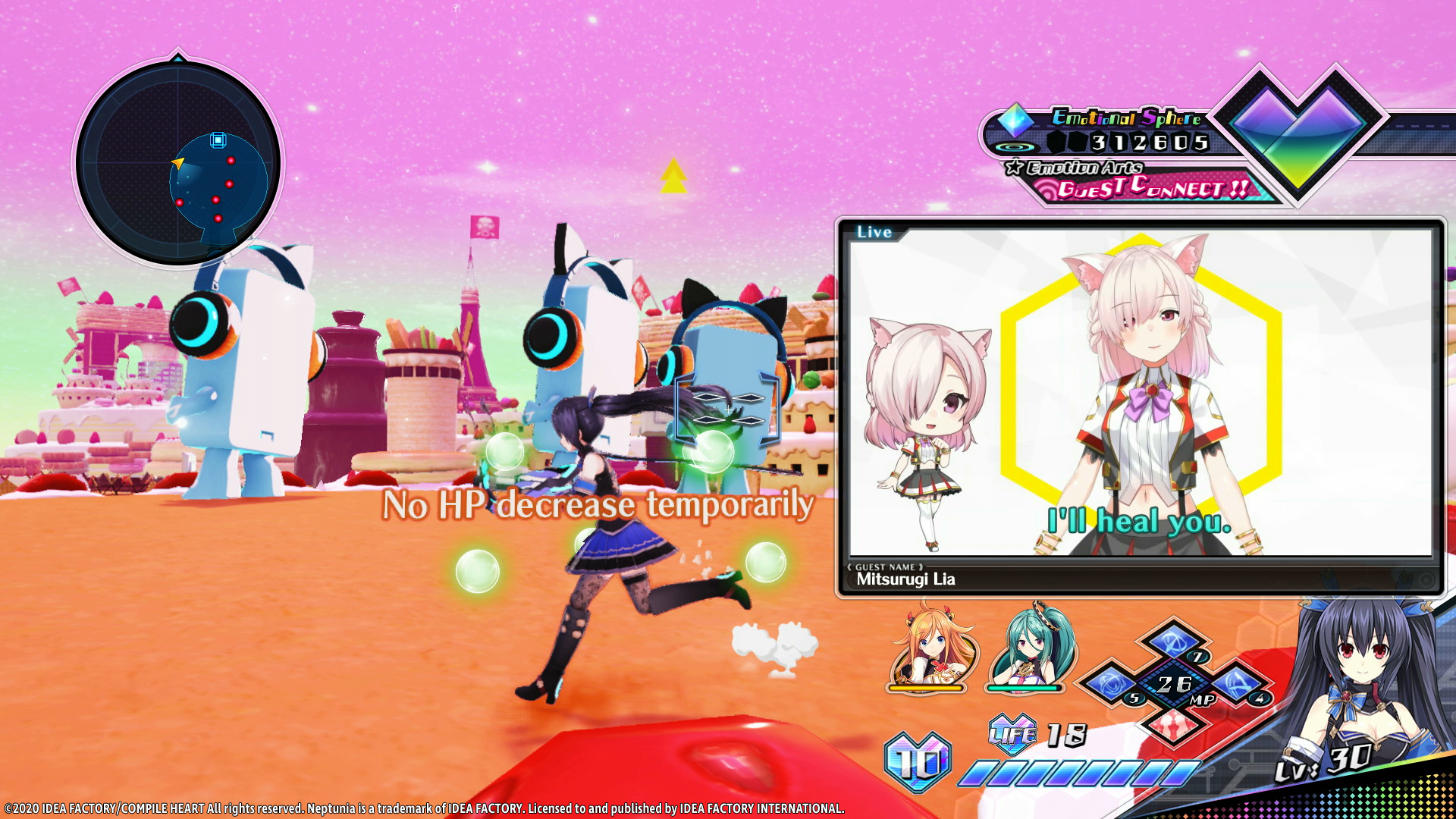 The music-based hack 'n' slash, Neptunia Virtual Stars, will feature something called the Guest Vtuber System. This system allows players to rescue and collect real-life Vtubers who have been kidnapped by the enemy and held hostage. Players can use "Guest Connect" to link with Vtubers and borrow their powers to help support you in battle! Each Vtuber will have their own unique skillset. Vtubers will also be featured on several loading screens and big screens in the NeoTube Plaza! Fans can enjoy video messages from their Vtubers and more! 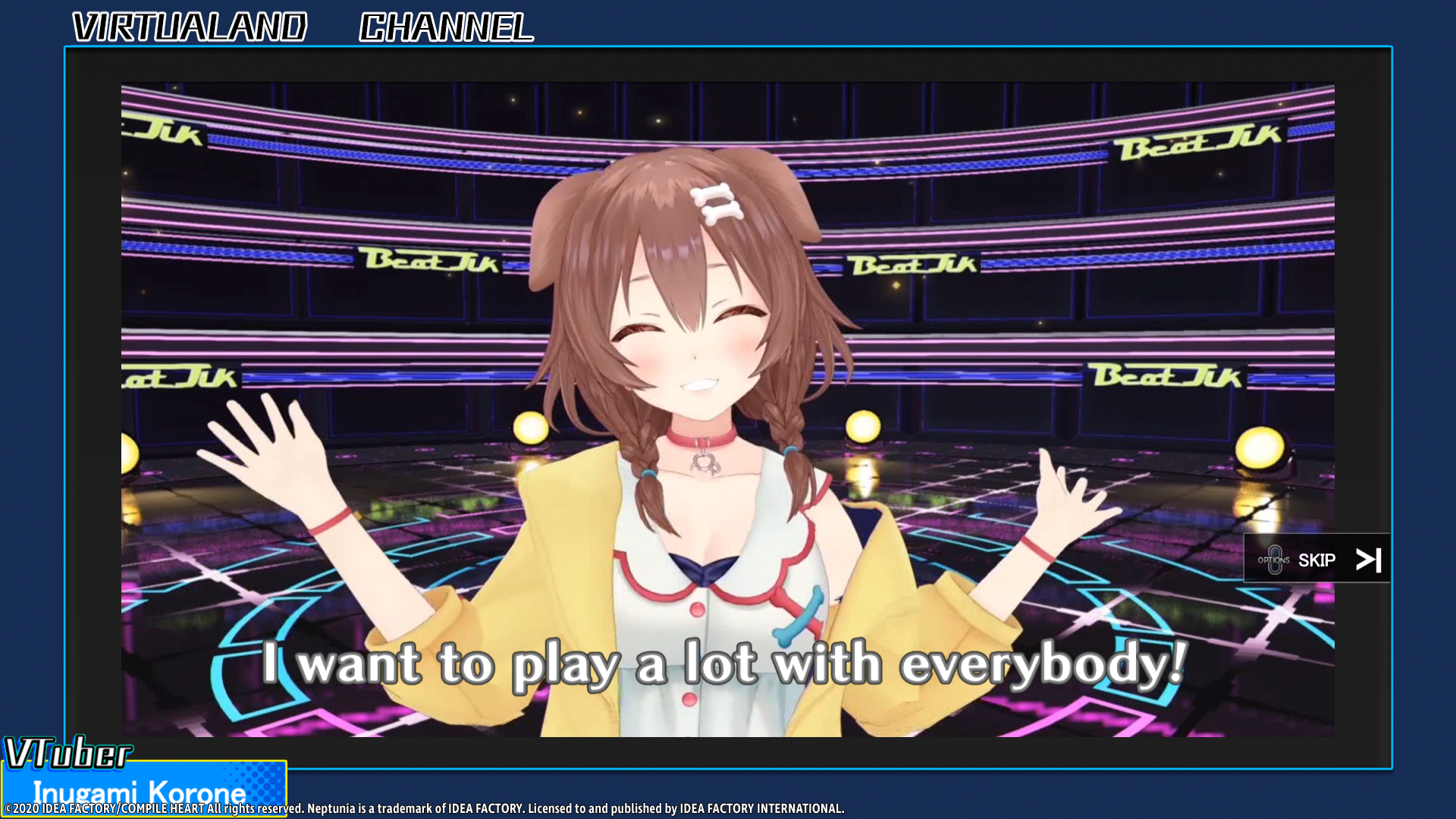 Help the Goddesses and V-Idols save all the Vtubers and Planet Emote before the Antis reach their goal of destroying the planet's content!

Neptunia Virtual Stars launches NEXT MONTH on March 2 in North America and March 5 in Europe for PlayStation®4! The game will launch on Steam® on March 29. 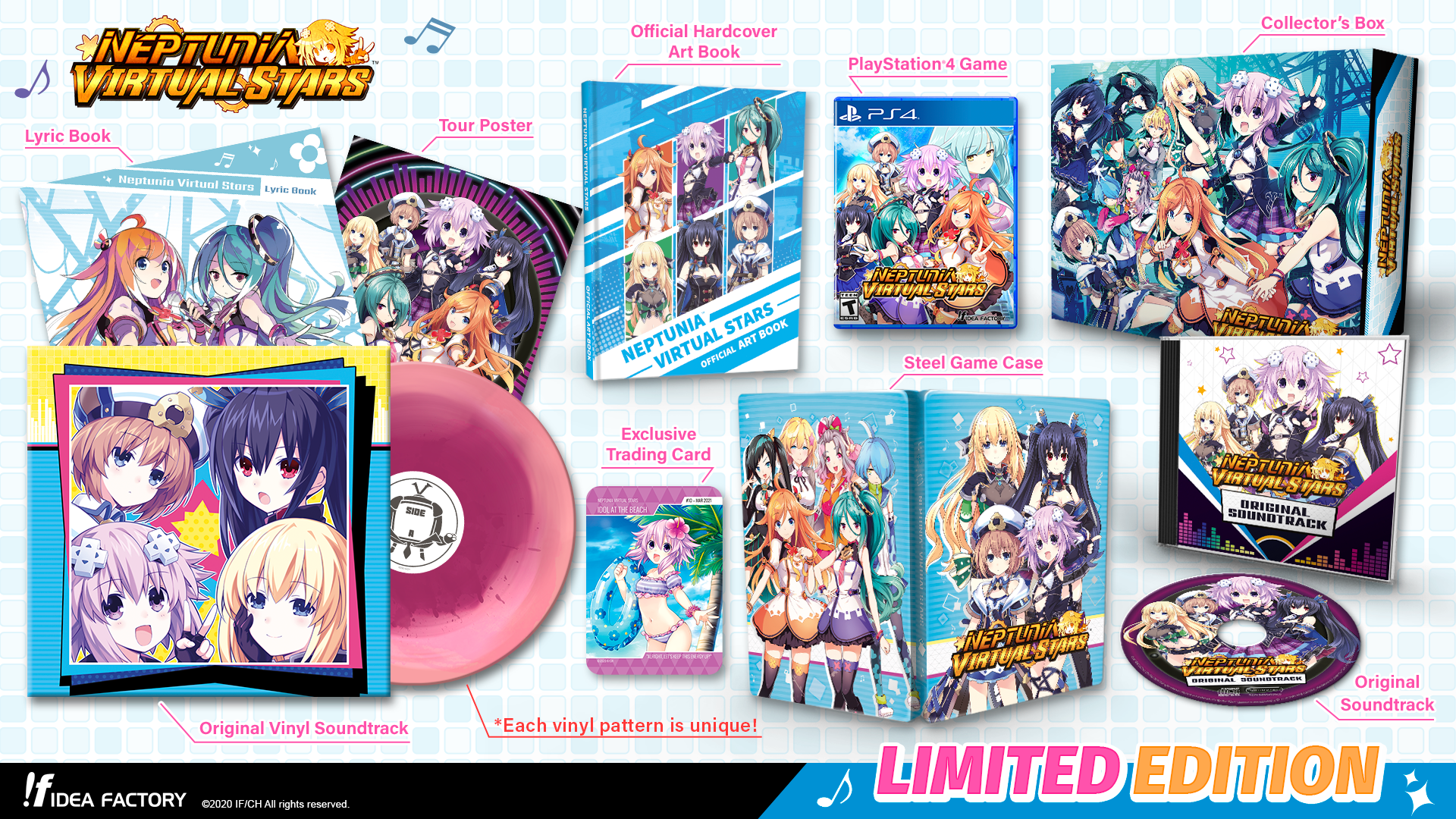 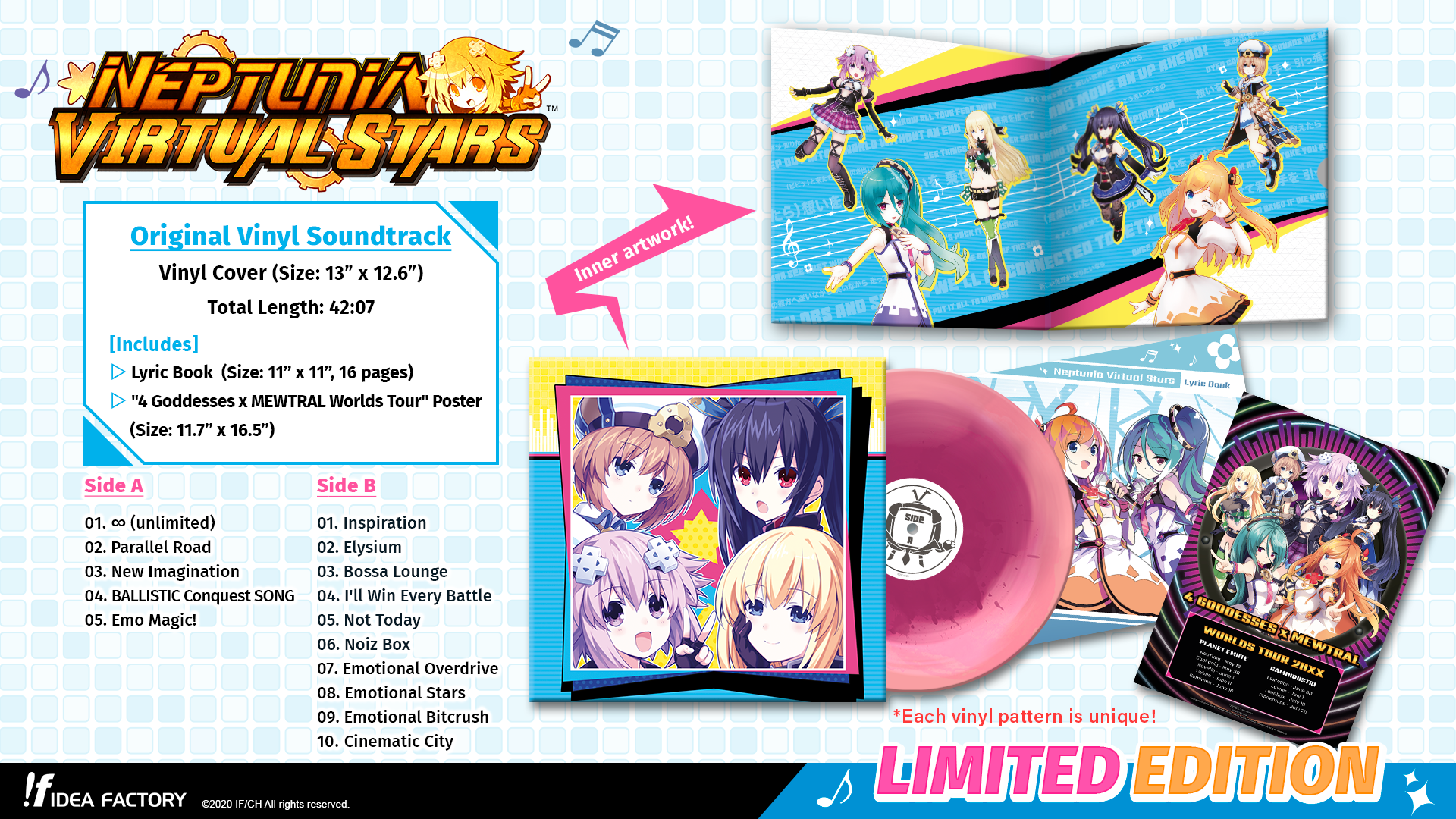 The Neptunia Virtual Stars Limited Edition is now available for preorder at the IFI Online Stores and Video Games Plus!

It is available for $109.99 and qualifies for FREE US domestic shipping. Fans located in Canada can preorder the PS4 Limited Edition through Video Games Plus for $149.99 CAD and receive FREE shipping.
*The offer through Video Games Plus is for Canadian residents only. International orders must be made at the IFI Online Stores. The Steam version of the Limited Edition is exclusive to the IFI Online Stores.

The Limited Edition is available for £79.16 on the IFI European Online Store. This price does not include VAT fees, duties, and shipping.